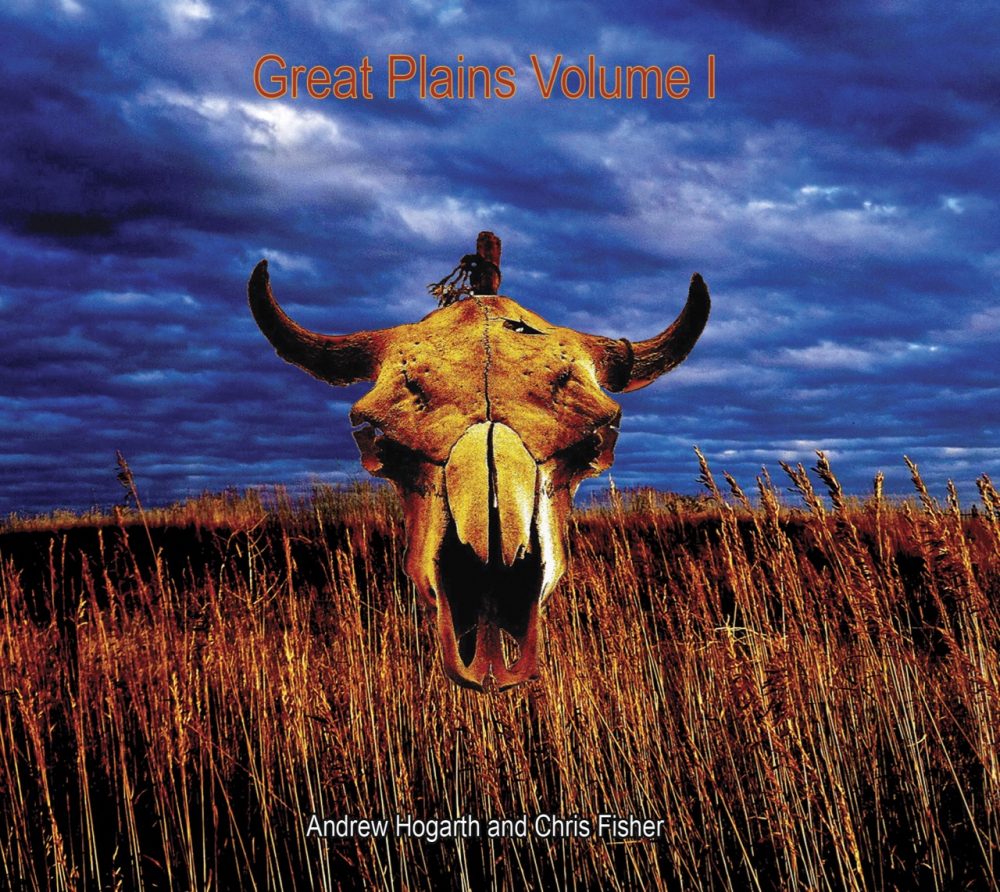 To celebrate and coincide with the release of Great Plains Volume II Chris and I wanted to reissue our original album Great Plains so as to offer the listener the opportunity to again journey with us across that great expanse of the North American continent and experience the joy, despair, mystery and hope of those majestic plains. Accompanied by road trip imagery from 2008 through 2011 Great Plains Volume I is the culmination of a collaboration between a musician and a storyteller. Oral tradition, travel, Native American and Plains War history are interwoven with observations of love, life and universal struggle. Ultimately it is the triumph of the human spirit that shines through our stories, enriches our music and I believe is the soul of our album.

The original album featuring eleven songs was conceived and subsequently recorded over an eighteen month period from 2000-2001 under the guidance of producer and recording engineer Adam Barns at Artarmon’s Smokin & Jokin Recording Studio in Sydney, Australia.

In the tradition of Buffy Saint-Marie, Robbie Robertson and John Trudell, Great Plains is a tribute to Native America and the Great Plains region of North America. The collaboration between Andrew Hogarth and Chris Fisher will take listeners on a journey of discovery that examines the universal themes of love and loss, life and death, and the importance of culture and tradition. Haunting melodies capture the nuance and soul of the Great Plains, while inspirational lyrics bring the people and characters to life. The album’s message will both engage and challenge the listener and, throughout, one is reminded of the fragility of the human condition and of the right to aspiration.

Both artists are sensitive to the issues of equality and social justice for indigenous cultures, as well as the wider community, and this is reflected in the stories of the Great Plains. Historical events, inspirational leaders, contemporary thought and personal experiences are interwoven in a popular rock style that captures the mood of the land and the struggle and the power of the people synonymous with it. Above all, the artists seek to convey a sense of hope and a belief in the right to a purposeful future. 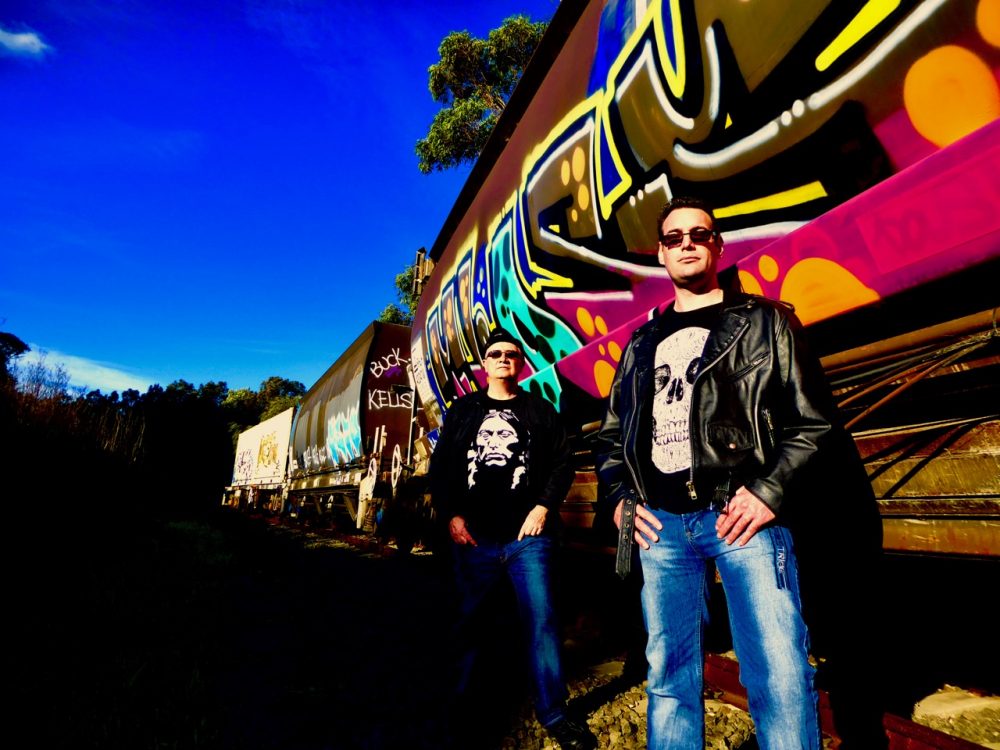 Andrew Hogarth: Originally from Edinburgh, Scotland, Andrew has called Sydney, Australia, home since 1974. In pursuing his curiosity and passion for Native American culture, Andrew has ‘clocked up’ 32 years and 200,000 miles travelling the Great Plains region of North America from 1981-2013. He is, by any measure, one of the foremost chroniclers of the people, places and events that have shaped the Native American history of the Great Plains. His photographic collection, Powwow Native American Celebration was one of only fourteen art-forms worldwide selected for a three year national tour of the United States of America. The tour opened at the National Civil Rights Museum in Memphis, Tennessee in October 2000 and was exhibited in sixteen museums and galleries across thirteen states finally closing in October, 2003. Andrew is also the author of six books and two second editions dealing with Native American history.

Chris Fisher: Chris started playing the guitar when he was ten years old. He plays all of the musical instruments on “Great Plains Volume I” as well as performing the vocals and harmony vocals. In addition, Chris recorded the sequencer sounds, symbols, drums and keyboards on a home computer way back in 2000 and also 2001 when the original eleven track album was created. Chris was the lead singer songwriter of the Sydney heavy metal rock group Pulse 8 during the early years of the twenty first century. In early January, 2016 after a fifteen year break Andrew and Chris teamed up once again to record “Great Plains Volume II” at Nick Irving’s One Flight Up Recording Studios in the Sydney suburb of St. Peters, New South Wales, Australia

Of the collaboration: Their meeting was an accident but, it would seem, intended. Andrew has immersed himself in Native American history; Chris has immersed himself in composing music and lyrics that address contemporary social issues – now together, they have produced a collection of songs universal in their message and compelling in their appeal. 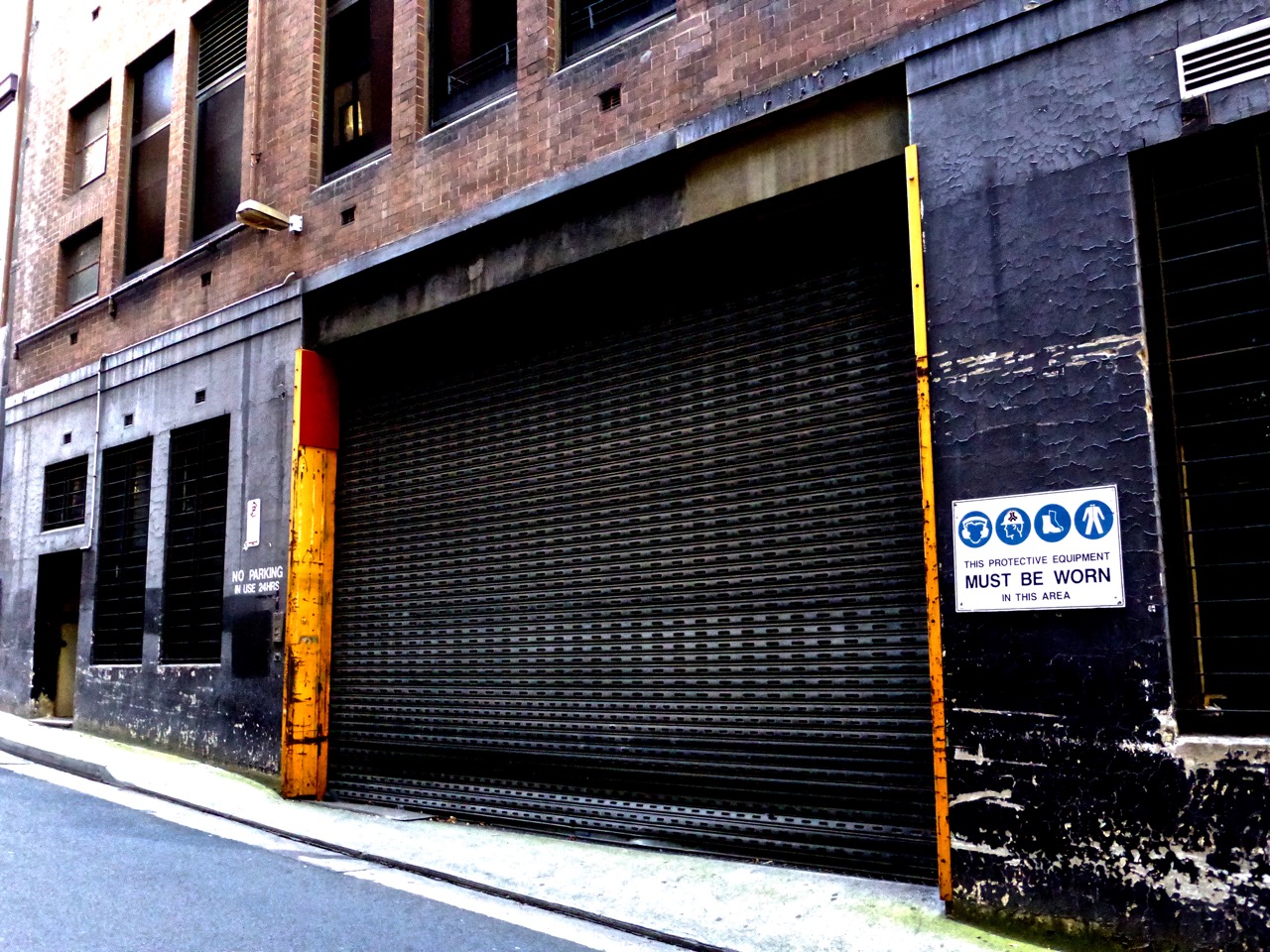 Produced and Engineered by Adam Barns.

Sitting Bull 1885 by William Notman. Courtesy of Library of Congress.

Great Plains Volume I is dedicated to the memory of

A special thanks go out to

& Kim Vaughan, for their support during the making of the album.

All Trademarks and Logos Protected. 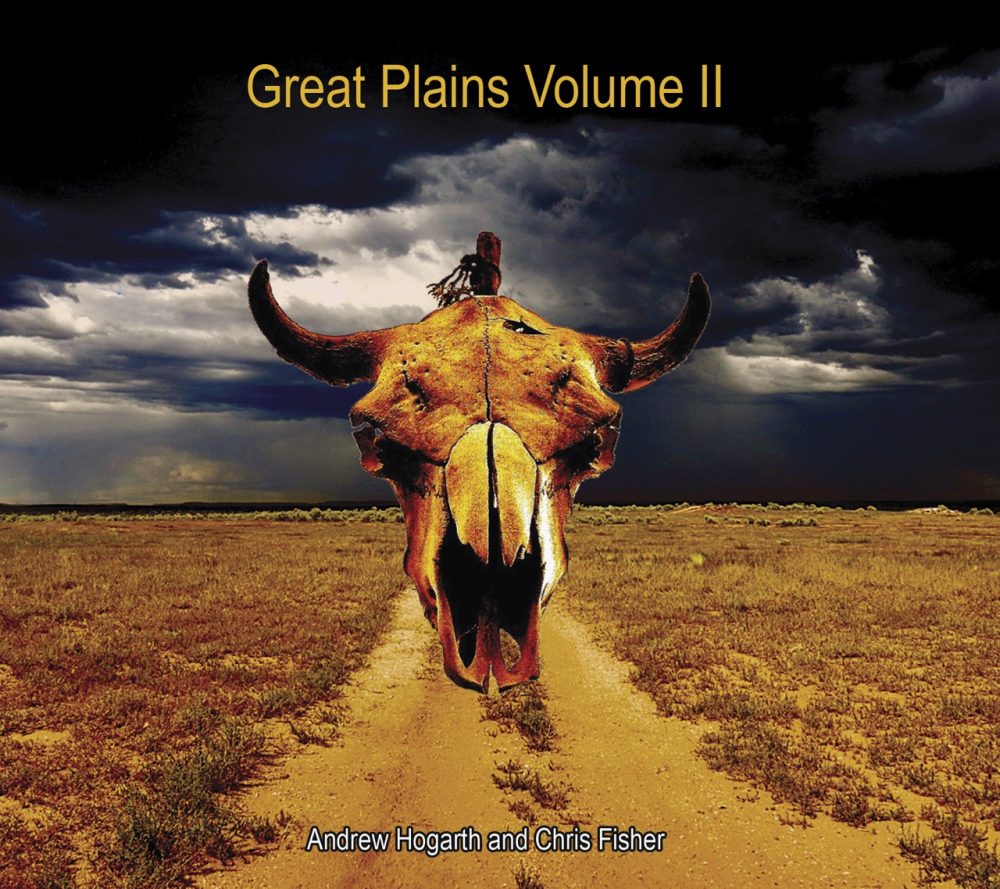 On completion of Great Plains in late September 2001 Chris and I drifted back into the rhythm of our everyday lives looking to replenish our creative spirit and pursue individual dreams. Over the intervening years Chris concentrated on playing live music with his band Pulse 8 and continued to expand his mastery of various instruments. I divided my time between photographic projects and focusing my research on the Indian Wars of 1854-1890. With our lives taking us on very different paths it was some fifteen years before we met up again.

The years 2006 through 2013 saw me engage in a deeper more intensive period of travel across the Great Plains of the United States of America. Visiting places old and new, commonplace and obscure, populated and desolate, each with their own story to tell. Photography has been the main focus of my practice but in 2009 I looked once again to commemorate my research and travels in lyric form. The result… lyrics for six new songs four of which feature on Great Plains Volume II.

An unexpected phone call from Chris in early 2016 initiated our decision to collaborate once again.  Resurrecting my 2009 lyrics Chris developed the music for two of the songs. Later that year we recorded Coyote Man and Buffalo Medicine Horns at Nick Irving’s One Flight Up Recording Studios with the able assistance of our original producer and recording engineer, Adam Barns. It was a memorable weekend bringing these stories to life.

Comanche Moon celebrating the life and times of Quanah Parker was conceived as the final destination in our eighteen year Great Plains journey. With lyrics and music written in 2017 we felt it a fitting salute to the often contrary nature of  life on the Great Plains. As Chris fine-tuned the instrumentation and music for Big Hole and Children of the Mist we ventured back into the recording studio in December 2017 and wrapped up recording of the final three songs on Great Plains Volume II… Big Hole,Children of the Mist and Comanche Moon in early 2018.

It is hoped whether you are a novice to the Great Plains of North America or an old hand that you find inspiration and celebration in our journey together in music, words and imagery. 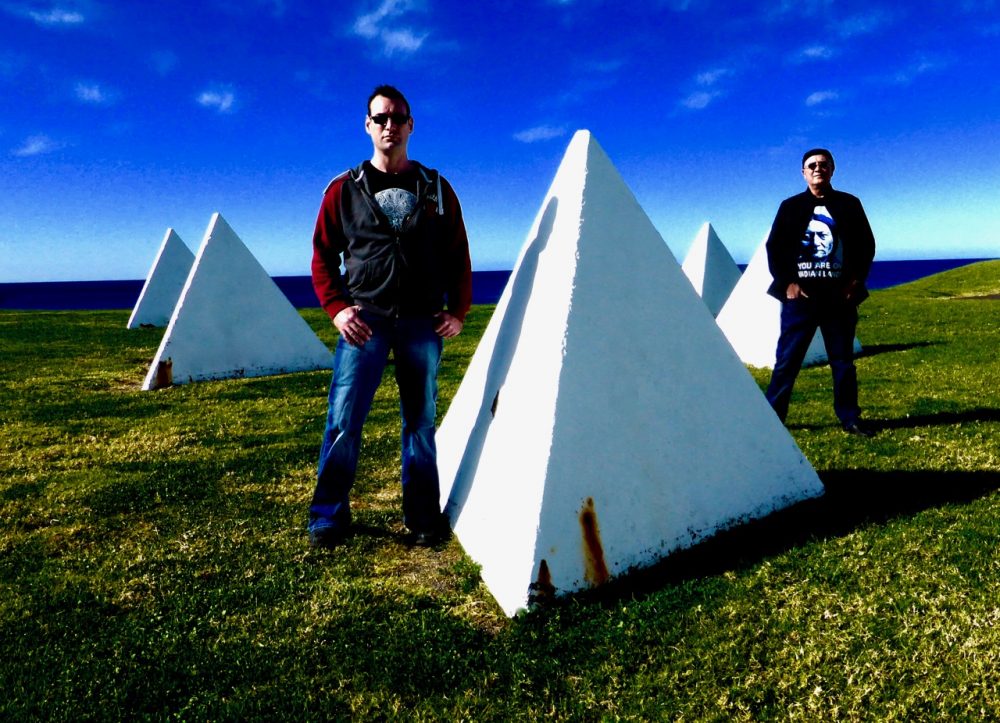 Produced and Engineered by Adam Barns.

Great Plains Volume II is dedicated to the memory of

A special thanks go out to Jake Baillie, Adam Barns (The Wizard), Lily Fisher, Nick Irving,

for their support during the making of the album.

All Trademarks and Logos Protected. 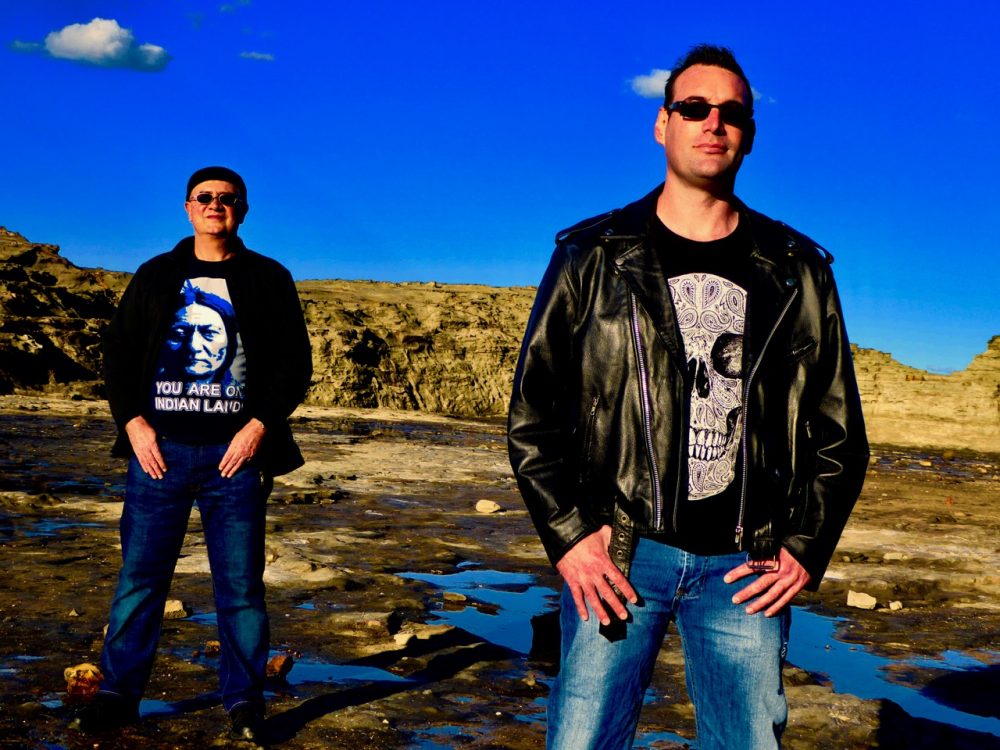