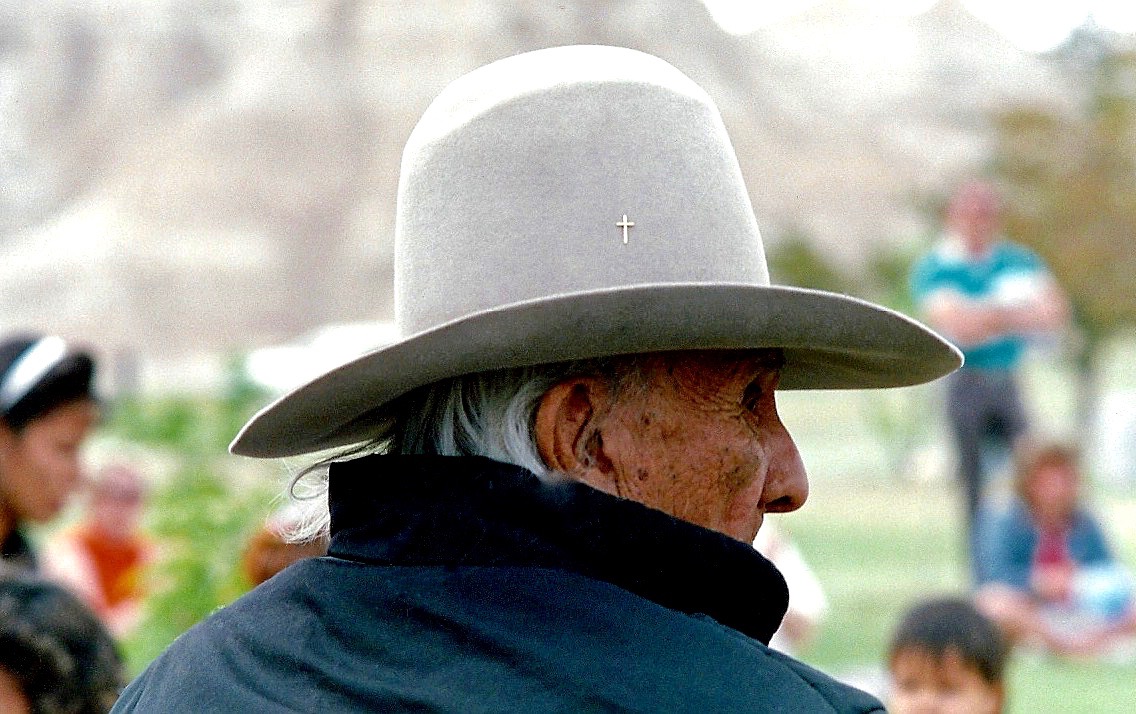 Much has been written about South Africa’s blacks, but Native Americans are battling for space on the world stage. Scottish-born Australian Andrew Hogarth has dedicated a part of his life to their plight and told Adam Walters of his battle.

Andrew Hogarth maintains that tales of how the west was won should trigger memories of triggers, and how the Native Americans didn’t have many to pull. Instead, he says Hollywood has adulterated a graphic history of mass slaughter to portray the illusion of a fair battle between the “goodies and the baddies.”

Many a film studio has romanticised the heroes of America’s early pioneers, but Hogarth will argue until he is red in the face, that the settlers were the villains and the Native Americans  the victims.

Born in Edinburgh, Hogarth has an unlikely background for a human rights activists, and he is the first to admit his research of Indians began as a hobby. A former journalist with a soccer magazine, his involvement would grow from part-time interest to total fascination, as his three books and many articles on the subject testify.

In his latest text, “The Great Plains Revisited,” Hogarth employs the talents of artist Paul Farley to capture the wisdom of the last great Lakota-Sioux Ceremonial Chief Frank Fools Crow. Farley’s sketches are dominated by portraits of Hogarth’s heroes. In fact the book was dedicated to the memory of Jack Little, Bill Tallbull and Frank Fools Crow. All three men are direct descendants of the Lakota-Sioux and Cheyenne chiefs who fought to repel the genocide of their proud tribes during the Plains Indian Wars of the 1870”s.

For Hogarth they have almost become mentors, but it would be wrong to mistake his respect for the great men as an emotional preoccupation. He talks with authority and objectivity about how “imaginative” script writers fictionalised the pioneering days to the point of creating popular perceptions. “ I’ve set out to try and destroy the misinterpretations given to people by the American movie industry,” he said.

“A close study of the history books will reveal the exact opposite of what we see in the Saturday afternoon westerns.” He points out that the Native Americans of the Great Plains had not seen guns before the bloodthirsty arrival of white men from the east coast. Thankfully the bow and arrow are synonymous with Indians because that’s all they had. That humble weapon is about the only thing Hollywood has done to give an accurate impression of the hopelessness faced by Indian tribes when their land was being stolen.”

His book contains a detailed map of the locations and dates of battles, including the day Lieutenant Colonel George Armstrong Custer and 265 men of the Seventh Cavalry fell at the Little Bighorn valley in south-eastern Montana.

With the Lakota-Sioux and Cheyenne Native Americans combining forces to protect their families and land, Custer’s entire command was wiped out within two hours of charging the village. According to American folklore Custer died a hero, but he was in fact the victim of his own bad timing. Custer’s Last Stand has become a legendary chapter in the United States history books, but as Hogarth points out, the deaths of his Lakota-Sioux and Cheyenne counterparts hardly rates a mention at the battlefield today. “The Lakota-Sioux and Cheyenne chiefs were the political and spiritual leaders of their time, and they defended their land instinctively – they were not the aggressors.” 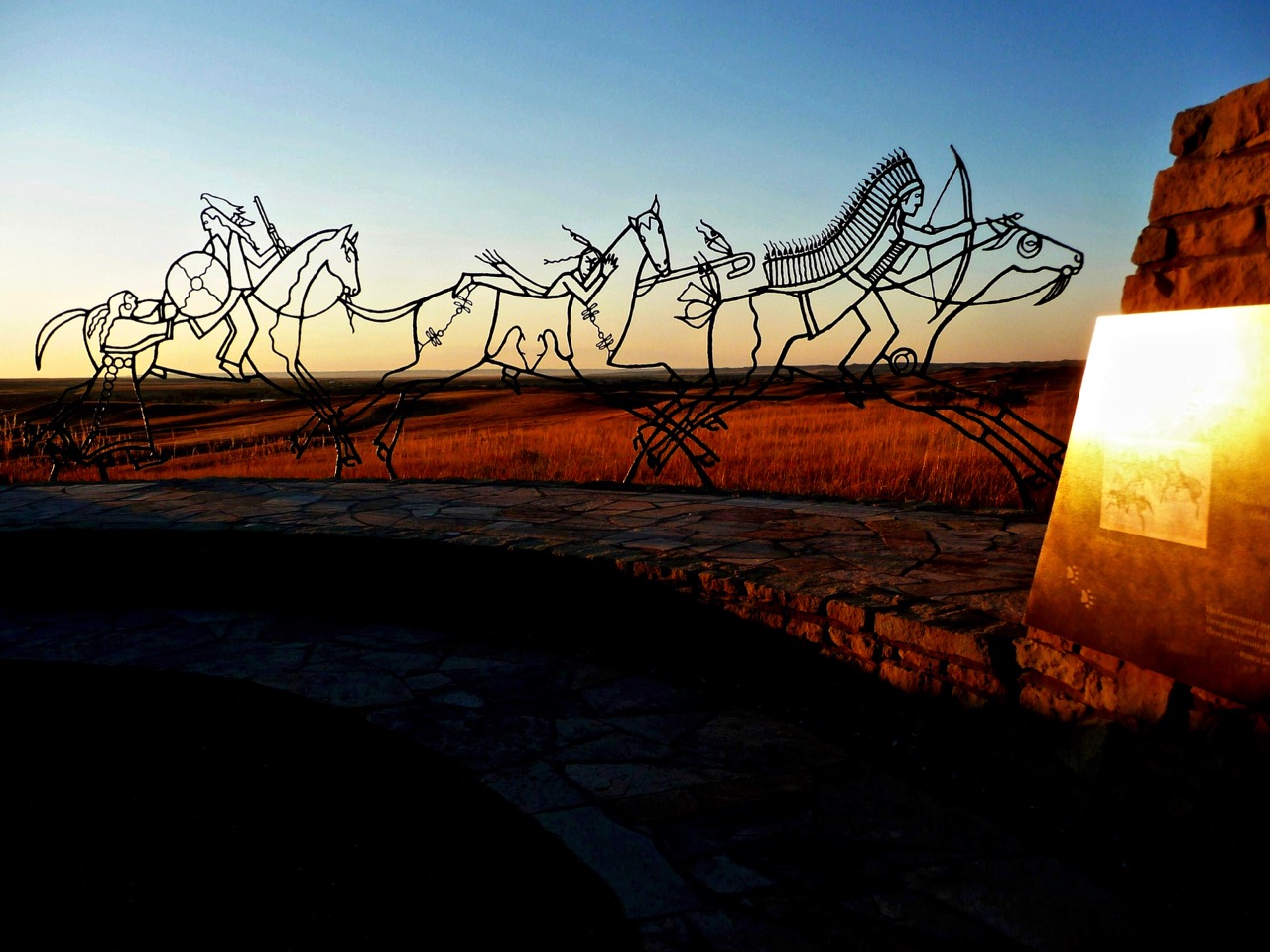 The damage caused by the unforgiven unrelenting march of so-called Manifest Destiny in the United States of America during the nineteenth century, was not restricted to heavy Native American losses. White man’s invasion has left a legacy of humanitarian, social and environmental issues as disturbing as the problems faced by Australia’s Aborigines.

The poverty on some reservations provides a sickening third world contrast to the more familiar bright lights of modern America. Hogarth said, “The parallels between Native Americans and Aborigines are as finite as the injustices inflicted upon them by the English speaking world. Just as Aborigines are fighting to keep their land, the Native Americans are constantly attempting to fend off governments and multi-national companies.”

Hogarth said, “The never ending battle for the Native American people to protect their reservations and sacred sites from mining and other damaging ventures can be likened by the fight to save Australia’s Kakadu National Park. The rifles and pistols of the wild west might have gone, but the white man’s gun is always smoking in Washington. There have been countless delegations of Indian chiefs and elders who have spoken to politicians, but nobody wants to know about them.”

It is that frustrating pursuit of fairness, which continues to inspire Hogarth in his personal attempts to help his Native American friends tell their side of the story. “I have paid for the production of my books from start to finish. By publishing independently I can control what is let out into the public domain. The oral history passed down through the generations is written down once, and not tampered with by the large publishing houses and their editors, satisfying their own personal agenda.”

“The trips to the Great Plains region of the United States of America over the last decade, the research, travel costs, photography, text layout and printing have all been financed by my own pocket through working jobs, and selling my books to independent bookshops, and interested individuals along the way.”

Hogarth has certainly came a long way from the young teenager in Edinburgh, Scotland, who was told at the tender age of fifteen by the school headmaster that he could not continue with further education. Luckily his skills developed in the field of graphic reproduction and printing, have allowed him to express his passion for the Native American culture through the printed page and photography. 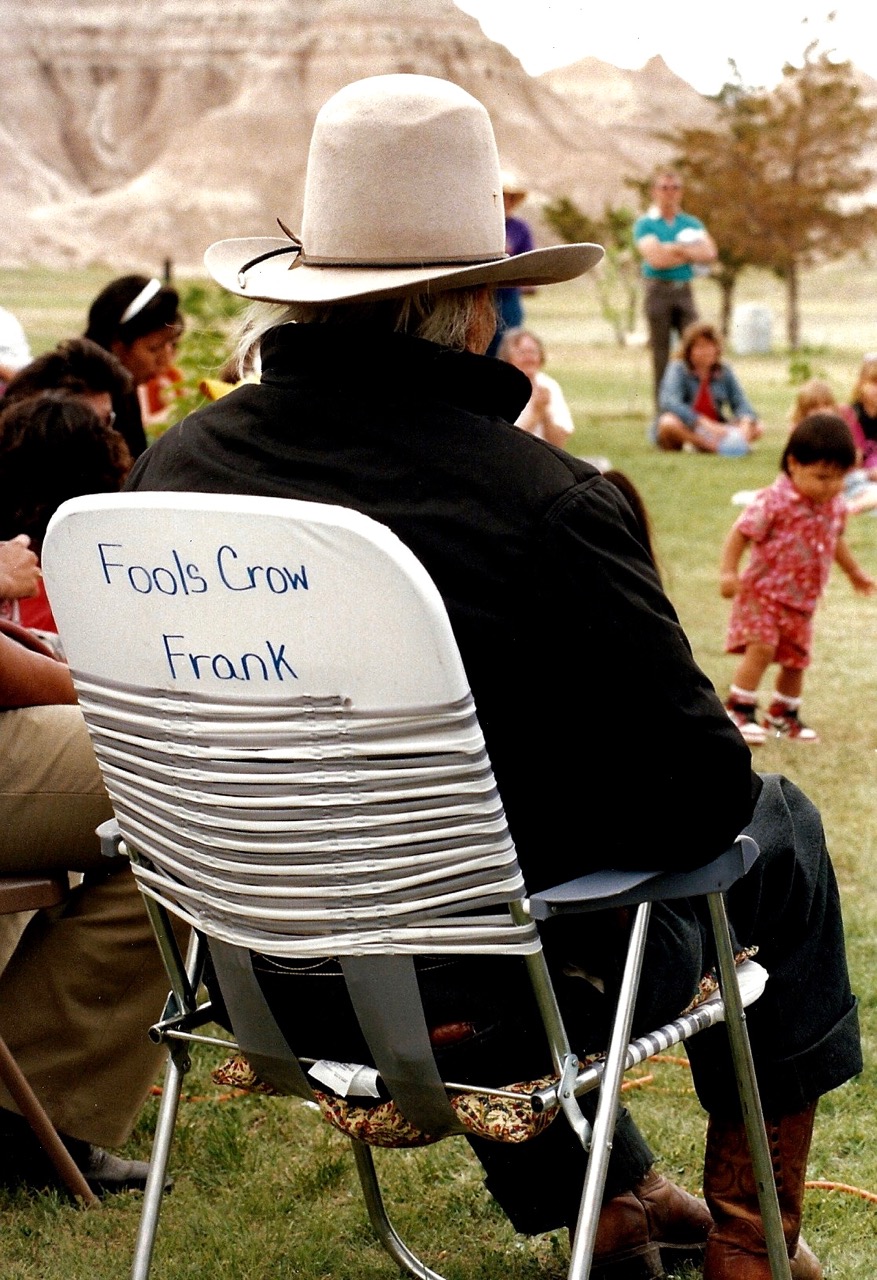